A mix of various styles

Yuji Machi
Ace (エース, Ēsu?) is a video game character from the Street Fighter EX series, first appearing in Street Fighter EX3. He is a secret government agent capable of analyzing and copying skills of other fighters.

Ace wears a black leather bomber jacket, with leather gloves and combat boots. He also wears a light blue shirt underneath his jacket.

Ace does not show much emotion. It can be assumed that he is a very focused man, and that he takes his missions seriously.

Ace's appearance and outfit could have been inspired by Max Rockatansky, the main character from the Mad Max film franchise.

Ace is a Secret Agent sent by the Prime Minister of his nation to infiltrate Shadaloo's base and get data on the blueprints of their secret weapon. He is similar to Cycloid Beta and Cycloid Gamma in that he can copy the movements of other fighters.

He has a device implanted in his spine which can analyze cards, which hold data on fighting skills, and by loading them, he can learn every type of mixed martial art.[1]

Returning home Ace was summoned to the Prime Minister's official residence. Taking a disk from Ace, a man showed his appreciation for Ace's work saying, "Good job Ace." Ace replied, "Data on the underground and on the ultimate weapon that is currently under construction. That's what you want, right?" The man checked the disk, the took several other disks out of his pocket, and spoke, "They are the newly analyzed data. Install them into your body." Ace replies, "Yes sir... So where is my next assignment?

Ace starts off with only his command moves, throw and Surprise Blow. He can obtain more moves by purchasing them at the store in Character Edit Mode. Passing challenges with Ace gives him access to more moves he can buy. He is only allowed to be assigned seven total special moves, one Super Combo and one Meteor Combo in his move list. In addition, special moves with the same input can't be used at the same time. If Ace is used in Original Mode, he will have the ability to level up his special moves to their full potential by performing combos with them.

Ace can be assigned the following Special Attacks, Super Combos and Meteor Combos:

It should be noted that some of the moves Ace has access to are from characters not in EX3, as well as moves inspired by other characters: 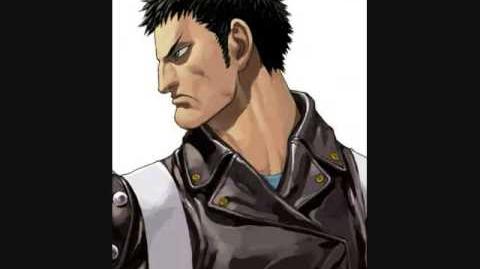