Balrog: Behind the Glory is a short, 12 minute live-action fan film based on Capcom's popular fighting game series Street Fighter. It is presented as a mockumentary film on Balrog. The film was shown at EVO 2011 on July 31st, 2011.

Set between the events Street Fighter II and Street Fighter IV. It follows Balrog's journey through his childhood, his boxing career, and his involvement with Shadaloo. The film features interviews with Balrog's father, Greg, Balrog's former trainer, Tim Tashun, Former Shadaloo enforcer and Mad Gear member, Jibril Albacara and the writer of a book about the rise and fall of Shadaloo, Michah Shultz. 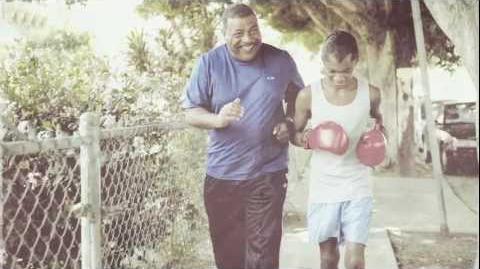 Balrog Behind the Glory
Add a photo to this gallery

Retrieved from "https://streetfighter.fandom.com/wiki/Balrog:_Behind_the_Glory?oldid=174404"
Community content is available under CC-BY-SA unless otherwise noted.