Brazil is a federal republic in South America. It is most notable in the Street Fighter universe as being the home country of Blanka. Brasilia is the capital and São Paulo is the largest city.

List of fighters who hail from Brazil[edit | edit source] 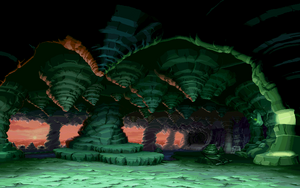 Hillside Plaza stage in Street Fighter V
Add a photo to this gallery
Retrieved from "https://streetfighter.fandom.com/wiki/Brazil?oldid=235713"
Community content is available under CC-BY-SA unless otherwise noted.