Guy performs four punches similar to those he does in the Final Fight games; if they land, he then backflip-kicks his opponent into the air. While his opponent is spiraling upwards, Guy leaps off the sides of the screen, before he grabs them and suplexes them into the ground while spinning for a great deal of damage.

The startup invincibility allows Guy to phase through projectiles when timed correctly. A difficult method of comboing into this move is to perform an EX Hozanto, Focus Attack Dash Cancel forward and then execute the Ultra Combo. 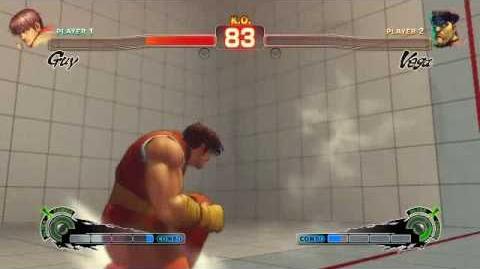