Certain attacks, when landed as a Counter Hit in the aforementioned fashion, will cause various effects, such as launching opponents up into the air, knocking them backwards, or stunning them in a standing state functionally similar to crumpling caused by Focus Attacks in Street Fighter IV series. Crush Counters greatly increase the hitstun of normals and put opponents into a free juggle state. A Crush Counter can occur against airborne opponents as well, often leading to an aerial spinning state. Additionally, Crush Counter hits build the attacker's V-Meter, which can put them one step closer to activating their V-Trigger or perform their V-Reversal.

Each character generally has at least three Crush Counters, two standing and one on a sweep, which causes a hard knockdown. Some Special Attacks, such as Laura's V-Skill also have Crush Counter properties.

Certain special attacks such as Shoryuken or Cannon Spike can be Crush Countered during their recovery animations, generally if they have some invincibility in their startup frames. Ibuki's EX Kazekiri, as it is the only one with invincibility, leaves her in a Counter Hit state on whiff or if blocked.

In spite of their benefits, Crush Counters also add an extra point of scaling in combos, making certain starters more ideal depending on the context and alternate combos offering higher damage overall.

Crush Counters add another dimension to the neutral game. Players are encouraged to poke frequently and play 'footsies' in the hope of landing a Crush Counter, which can lead to some of the heaviest damage possible for any character. Crush Counters can also be used to visually 'hit-confirm' into Critical Arts.

Gill is the only character in SFV who is not equipped with a Crush Counter move, instead using Retribution as a similar mechanic. 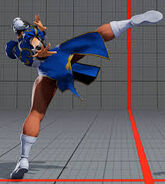 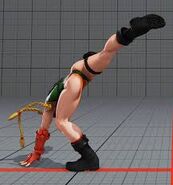 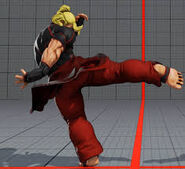 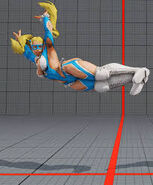