Guile's version is generally known as Somersault Strike (サマーソルトストライク, Samāsoruto Sutoraiku?), while Charlie's version is referred to as the Somersault Justice (サマーソルトジャスティス, Samāsoruto Jasutisu?). In Marvel Super Heroes vs. Street Fighter and Marvel vs. Capcom, Shadow also uses this move, where it is referred to as Shadow Justice (シャドウジャスティス, Shadou Jasutisu?). The attack is also used by Cycloid Gamma and Ace in the Street Fighter EX series, and as his EX Flash Kick during his second V-Trigger in Street Fighter V: Arcade Edition. 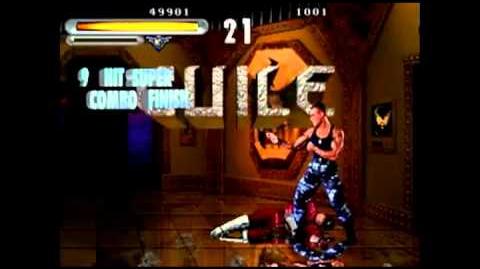