Dr. Jose (Ｄｒ．ホセ, Dokutā Hose?) is the antagonist and final boss of Street Fighter 2010, an authority in biotechnology that aims to create the strongest life forms. In the American localization, he is referred to as Troy.

Dr. Jose is the scientist responsible for creating the "parasitic armored insects" (奇生装甲虫, Kisei Sōkō Mushi?) by using the Parasites, which is able to multiply the abilities of anything infected by it, be it animal, plant, or machine. At the conclusion of the game, he unveils that Kevin is actually a "Parasite" he himself created, leading him along this path to gain more and more power. Jose is disappointed that Kevin didn't became a loyal armored insect, and decides to test his abilities, fights against him. Jose merges with a Parasite armor, and later appears to become a Parasite himself. Kevin eventually defeats both of his two Parasite forms.

In the American localization, Jose is referred to as Troy. Troy became friends with Ken while they were studying in the Bargham University and they became fellow scientists. Along with Ken, Troy developed the "Cyboplasm". One day, Troy was killed and the cyboplasm stolen, being used for evil purposes. Ken goes after the murder to avenge him, but discovers that Troy faked his death and was the one misusing the Cyboplasm and also infected Ken with the Cyboplasm. Troy asks his friend to join him, but he refuses and the two battle, Troy being defeated by Ken.

In his first form, Dr. Jose will simply walk in Kevin's direction, stopping periodically to rise his head and fire five beams in different angles. He isn't very strong, and a well timed Flip Jump can avoid his beams.

In his second form, Dr. Jose will become a giant that can only be harmed on his head. He only attacks by releasing small robots in this order: two Turtle Eyes, two Turtle Eyes, and two Apple Rabbits. An easy way to defeat him is to power up the energy shot to extend its range before the fight and simply hold in the wall and fire at his face while dealing with the small enemies.

Original artwork for the videogame. 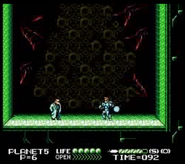 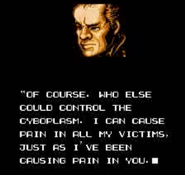 Jose revealing himself as the mastermind 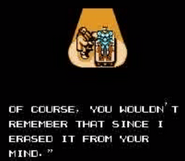 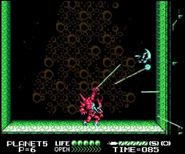 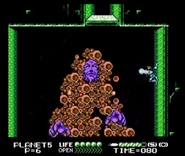 Retrieved from "https://streetfighter.fandom.com/wiki/Dr._Jose?oldid=205591"
Community content is available under CC-BY-SA unless otherwise noted.