Roses[2], black tea[1], being a gentleman, his father's antique Jaguar

"You have no dignity!"
—Dudley

Dudley is an English boxer who was born into a wealthy English family. His father was a highly-paid former athlete who turned successful businessman, adding more to his already vast wealth. From the time he was a little boy, he wanted to be a fighter, but his family told him he was too small to compete. Later, his father lost his business and the family fortune. The losses prompted Dudley to take up professional boxing to earn back lost assets. Dudley then grew into a formidable boxer both in body and skill and was successful in bringing his family back to affluence. Despite everything that has happened, Dudley still boxes, seeking perfection both in and out of the ring, and always behaving as an impeccable gentleman. While Ryu is often compared to the archetype of a wandering ronin (a samurai with no master), Dudley is certainly representative of a chivalrous knight.

Dudley is a well-built dark-skinned Briton, sporting a pair of green dinner suit trousers, with matching green suspenders and cummerbund, as well as a white dress shirt, green bow tie, and elegant black dress shoes. His muscular frame is visible even through his clothing. He keeps his black hair tidy while grooming his moustache into an old-fashioned handlebar style.

He fights with a pair of blue boxing gloves, which (aside from alternative costumes) he never seems to take off, wearing them when reading his newspaper, tending his roses, drinking his tea, driving his Jaguar, and even when fixing his moustache.

Dudley's personality is quite different during the Street Fighter III series, in which he was far more snobbish and haughty, though this was toned down by Third Strike, in which he is more dignified and respectful to his opponents. In Street Fighter IV, he lacks this condescending attitude; he is polite, gentle, restrained, and always behaves as an impeccable gentleman and has immense respect for all his opponents. However, he particularly dislikes truly dirty fighting and rude people, both of which are unacceptable personality traits of Dudley's rival and fellow boxer, Balrog. Despite this, he won't even insult him or any other villain he faces, fitting in perfectly with the gentleman's gentleman archetype.

Due to the order of events (with Street Fighter IV occurring before Street Fighter III), it's implied that he became more snobbish over the years, as well as surprisingly confrontational. In the Street Fighter III series prior to Third Strike, for example, he calls Ken and Alex a "sissy man" and "an ill-mannered goon" respectively, and apparently delights in beating them up - a far cry from his appreciation for his opponents and voluntarily restraining because of his respect for them. As his attitude is completely different in SSFIV, and was toned down by 3rd Strike, Capcom may have attempted a retcon. It's also possible that his rudeness may have sprung from the theft of his father's Jaguar, since he had a close relationship with his father.

It is a testament to the more chivalrous and polite aspects of Dudley's nature that, while Balrog is the very personification of everything he hates in life, the most insulting thing that Dudley has ever said to him is that he thought he was "not much of a boxer" in his rival battle win quote, also describing him as a "classless oaf", and an "embarrassment to boxing" if he wins a round with a Super Combo finish. If he wins a match against Balrog in Street Fighter X Tekken, his win quote shows that he refuses to acknowledge Balrog as a boxer.

In the Street Fighter III: Ryu Final manga, he was very cordial and friendly to Ryu initially, but quickly became quite mocking of Ryu once Ryu disappointed him by not putting up much of a fight. Still, Dudley calmly commended Ryu's strength as he was defeated by Ryu's new technique, and afterwards discussed the nature of the mystical tree that Ryu had used to communicate with Elena.

Having won some boxing title previously (Zangief's win quote to him is that it was an honor to fight "the boxing champ"; Balrog also calls him the "British champ"), Dudley is invited to participate in S.I.N's tournament. Although he finds the invitation to be lacking in "social graces," he accepts for two reasons: to look for suitable floral additions to his garden and to take his mind off of his father's car, which is missing (presumably repossessed and/or purchased by Gill).[3] After the tournament, Dudley returns home empty handed but is pleased to suddenly find a wild rose in his garden.

When Dudley finally discovers who purchased his father's prized Jaguar, he enters the buyer's tournament to get it back. Although he didn't win the third World Warrior tournament, Gill was impressed enough to give Dudley the Jaguar back.

Dudley has been knighted, receiving the honorary title of "Sir" after making a comeback and winning the championship title. He was then invited into a contest that will be held in the presence of the royal family. He decides to travel the world and improve himself before the day of the match. Dudley is also shown to have a great interest in the gardens of his estate, occasionally losing track of time or getting lost, as shown in his Third Strike ending.

Dudley's boxing style reflects his personality, making use of many professional techniques and executing them with finesse. As a result, he proves to be a devastating close-range fighter, with decent (if somewhat lacking) ranged abilities; this also gives him a powerful mix-up game. Whereas Balrog, the only other boxer in the series, relies solely on strength and speed to attack opponents, Dudley uses various boxing and psychological tricks to gain victory, making use of feints, ducking, and drawback moves along with high-speed punches, diving punches, and uppercuts.

His Super Arts consist of the Rolling Thunder, a series of hooks powered by a Dempsey Roll; the Rocket Upper, a Shoryureppa-like series of Jet Uppers; and the Corkscrew Blow, a powerful left-handed cross punch that hits 5 times. All moves return in Super Street Fighter IV, with the Corkscrew Blow receiving a more powerful version.

Many of Dudley's moves seem to draw inspiration from characters in the Fighting Spirit manga. His Corkscrew Blow Super Art resembles the "Heart Break shot" used by Date Eiji, and his Machinegun Blow resembles the Flicker Punch used by Ryō Mashiba. Makunouchi Ippo also makes use of the Dempsey Roll, seen in Dudley's Rolling Thunder.

Of note is that a famous boxer by the name of Kid McCoy was known for his "corkscrew punch", likely inspiring the Corkscrew Blow. 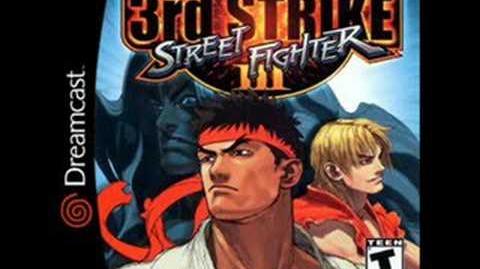 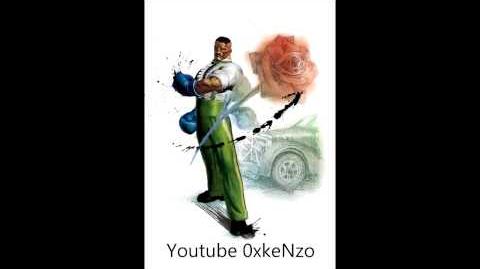