Damage to the environment[1][2]

"Try smiling more, just like me! Smile, and all your troubles will go floating away!"
—Elena

Elena (エレナ, Erena?) is a video game character from the Street Fighter series, first appearing in Street Fighter III: New Generation. She is a light hearted, nature-loving capoeira fighter from Kenya who is currently studying abroad.

Elena is uncommonly tall for a female being 6' (183cm) tall, she is currently the tallest female in the Street Fighter series. She has dark skin, short silvery-white hair and blue eyes. She is barefoot while fighting and has long, powerful legs. Many official artworks, mainly the SFIII ones, depict her finger and toenails painted sky-blue. Her attire consists of a white two-piece bikini-like outfit with pale red, sky-blue, gold and purple bands on her neck, arms, wrists, shins, and ankles. This makes her attire the most revealing for a playable female in the Street Fighter series' history.

In her Shadaloo C.R.I. profile artwork, Elena's hair has slighty grown and is styled into a shoulder length bob. Her primary outfit remains largly the same. Her bands on her arm, leg, shin and ankles have two small bows hanging loose. She also has a gold bracelet in each sides of her wrists and ankles.

Much like Gill and his asymmetrical body, her revealing attire and the numerous colorful bands that adorn her body were likely designed by Capcom to display the graphical power of the CPS-3 board.

In a photo of Narumi and herself during the festivities in Japan, she was seen wearing a blue traditional style kimono dress with white butterfly designs and a salmon pink obi tied on her waist, the skirt show her right leg.

Elena is a young girl with a strong, pure spirit and a cheerful "tomboy" personality similar to Sakura, Ibuki and fellow rival Makoto (though not as brash and fiery-tempered like the latter), as she is normally seen smiling or laughing sweetly. While very energetic and benevolent, she is also smart, sociable, and culture-adaptive, always eager to learn more about the world, which is part of the reason for her travels. She also has an unusual accent, which she refers to as something she got from her travels around the world in one of her win quotes in 3rd Strike. Elena is also able to hear and comprehend various rhythms as well as the voices of the wind and trees.

Elena's views of fighting and martial arts differ from most due to her light-hearted personality allowing her to befriend some people and annoy others. She is a very cheery person who looks to makes friends which motivated her to join the 3rd world tournament to meet new people and hopefully make friends.

Elena is able to tell when she sees a pure evil person, seen in her win quote against M. Bison in Street Fighter X Tekken ("I don't need the wind to tell me that you are a very bad man!").

The development process of Elena started with the Street Fighter III team deciding on the country of origin before anything else. When they settled on Africa, they felt a female character would be more fitting than a male because a male fighter would end up being (stereotypically) "stern".[4] The team chose Capoeira as a fighting style because their image of African women was that they had long arms and legs. At the time where there wasn't a lot of information available on Capoeira, the team had to get the most info from travel-related videos, buying everything off the shelves without knowing if the videos have any useful info or not.[4]

Elena was also originally envisioned to use a long spear.[5]

Elena thinks of Makoto as a friend due to their shared interest in fighting, while Makoto just thinks she is weird and can't be taken seriously.

Ryu and Elena respects each other's fighting style and have respect for each other.

In Ibuki's SFIII story mode, Elena stops to talk to Ibuki while she is on a mission.

In the non-canon comics Elena and Ibuki are positively friends, with Ibuki taking a much better initial meeting with Elena than Makoto did. It is shown that Ibuki, Makoto, and sometimes Sarai, travel together. One notable example was when they were all in Gill's island in Street Fighter Unlimited.

After Hugo defeated her, she and him became tag-team wrestling partners.

Though they didn't have a rival cutscene, Elena and Sakura are great friends; and based on her ending, it is implied Sakura was the one who guided her through Japan.

Elena is a princess of an East African nation that has a cultural tradition of fighting. Her father, Jafari, is the chief of the region, and a traditional healer who also qualified in France for a doctorate degree in medicine.

Elena desires to travel around the world, meeting new friends along the way. She studied as an exchange student in Japan, where she met her best friend Narumi. She later continued those studies in France.

While sparring with her brother Marcus, Elena feels unsettled by the feelings she senses from the surrounding trees. Her father Jafari, the patriarch of the tribe confirms her suspicions, claiming to have already discussed the matter with the Shaman. It has been determined that "a bringer of death" once walked amongst their people. The "seeds of sadness" this individual has proceeded to sow around the world have caused the trees to respond with "strange noises". These noises, presumably detectable by those with a strong connection to nature such as Elena and the Shaman, are implied to be the source of her disquiet.

Believing that this person is associated with the upcoming S.I.N. tournament, he then reveals that he has decided to enter her into it. Furthermore, as head of the tribe, he then commands her (amid protests from her brother) to observe the fighters and thus determine "the truth". Elena cheerfully accepts his decisions.

After the tournament, Elena informs her father that she has made many friends along the way. As she says so, she reflects on the fighters in the tournament and recalls her experiences: dancing with Blanka, sampling El Fuerte's cooking, having afternoon tea with Dudley, and taking a photo of herself with a somewhat reticent Akuma. She resolves to travel the World and become friends with people from every country. With that, she decides to head to Japan for her next trip. The last scene shows a close-up of Sakura, which may imply that she was the one who guides Elena in Japan.

In her ending, Elena ends up being transferred to a high school in Japan as an exchange student, where she has befriended a young Japanese girl named Narumi and writes home to her parents about her experiences. Her story does not change much in 2nd Impact, although she has an additional role as one of Hugo's potential partners in one of his multiple endings as "Elena the Wilderness Warrior", becoming the tag team of "Beauty and the Beast".

In 3rd Strike, a year has passed since Elena has left Japan to study abroad in France during the new year. Before beginning her studies again, Elena decides to street fight once again to seek new friends. In her ending, Elena writes back to her Japanese friend Narumi after returning to France from spending her summer vacation in Japan again, and invites Narumi to visit her in Africa during her winter vacation. Elena is exploring around in France, stating that it's going to be hardworking, continuing her studies.

Elena appeared in Street Fighter X Tekken (as a DLC character in the console and PC versions and as default in the PS Vita version), making her first 3D debut. Her swap costume is Julia Chang's outfit.

A few elements of Elena's story are based on her role in the Street Fighter III: Ryu Final manga (mentioned below), including her choice of partner: Dudley.

In her story, Elena finds herself summoned to Dudley's estate — as she explains to the British boxer, she was told by a tree in his garden that the two of them must take a journey to Antarctica. While Dudley agrees to accompany the young woman, he insists that he return in time for his next title bout. Along the way, the two meet Tekken's Christie Monteiro and Lei Wulong, the former of whom Elena asks to spar with. Christie agrees, and the two men are reluctantly dragged into the fight with them.

While Dudley was less than thrilled about the journey to begin with, it turns out that Elena's cheerful demeanor helped make it a fun trip. As Pandora opens, it creates a geyser of light, reminding Elena of "flowers falling from the sky", prompting Dudley to invite her to his garden. Returning to Britain, Elena told the tree who summoned her all about the trip, and the tree seemed to be listening intently.

Elena has a small but nevertheless important role in the Street Fighter III: Ryu Final manga. She is able to mystically communicate with Ryu via a sacred tree when Ryu was temporarily knocked out during his battle with Dudley. After speaking with Elena, Ryu is able to develop a new technique called "The Fist of the Wind" with which he defeats Dudley. She is last seen travelling in her Japanese high school uniform.

In the Street Fighter comic focused on Ibuki, Elena makes a transfer submission to study in Japan and is accepted, with the acceptance letter citing her exemplary school transcript and many personal references. She transfers to the same school as Ibuki, Makoto and Sarai, albeit in a lower grade than them. She introduces herself to her new school as seeking to befriend martial artists and gains immediate attention due to her unusual height and her status as a transfer student. She is directed by one of the male students towards Makoto, who takes an immediate dislike to her. However Ibuki is more accepting and eventually they are all fast friends. It is here that she also meets Narumi (who introduces herself as Naru).

Along with Makoto and Sarai, Elena watches Ibuki complete her ninja exam on Mt. Atago, and afterwards is ambushed by the Geki ninja clan. The girls fight their way out of captivity and rush to save the burning Glade of Ninjas.

During the crossover, Elena arrives in the company of Charlie and Victor von Gerdenheim. She uses her spiritual abilities to heal Lord Raptor and revert him to human form, as well revert Ken to normal after he's been transformed into Violent Ken.

Elena can be seen in the background of the Beach stage in Super Gem Fighter Mini Mix.

Elena can be seen in the background of the London stage in Capcom vs. SNK 2: Mark of the Millennium 2001.

Elena can be seen in Felicia's Capcom Fighting Evolution ending.

Elena's fighting style, Capoeira, is of West African and Brazilian origin. The style utilizes her strong, long legs to execute amazing dance-like moves and fancy legwork. As such, excluding grabs, her moveset consists entirely of kicks and leg throws. She is the first Street Fighter character to use only kicks, in contrast to Dudley and Balrog (excluding his stomp in one special attack and his Stomping Combo attack), who only use upper-body based attacks (e,g. punches, headbutts). 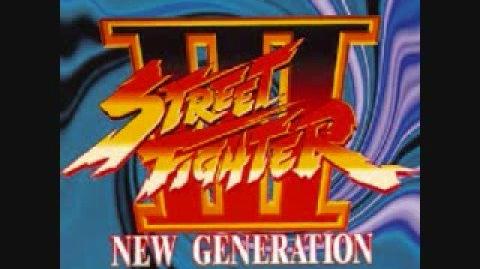 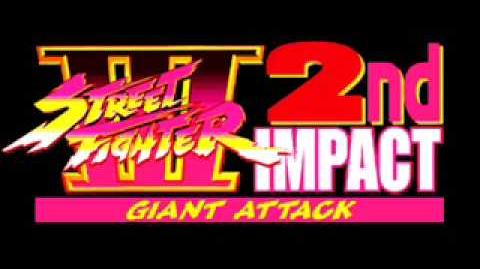 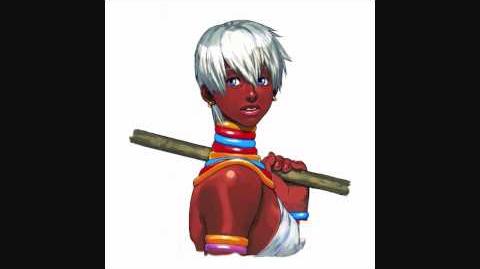 Retrieved from "https://streetfighter.fandom.com/wiki/Elena?oldid=217419"
Community content is available under CC-BY-SA unless otherwise noted.