The move's visual execution differs with each appearance. Cody strikes his opponent several times before launching them with a Criminal Upper.

In A-ISM, Cody slides slightly forward to gut-punch his opponent with his leading fist. Upon connecting, he will then punch them 12 times via first jabbing them twice then turning around before jabbing again in 4 sets of 3, He then lands 5 punches, alternating between right and left, before finishing with a final punch (changed to the Criminal Upper in versions after the arcade release).

This version of the attack is a tribute to a glitch in the original Final Fight known as the "infinite jab combo", where the player strikes the opponent 2-3 times with their neutral combo's initial inputs, then quickly turns around to cancel the animation, then attacks again, repeating to make an infinite frame-locking combo. Even to this day, this type of exploit is possible in many other beat 'em up games that can allow for it.

In X-ISM, he changes to his moveset from Final Fight; the punch buttions initiate the moveset's combos, and midair kick attacks become Crack Kicks. The move also changes his movement scheme to that of Final Fight, i.e. he actually walks left and right, thus leaving him unable to block. He can also re-enact the original infinite jab combo in the exact same manner for the duration of this super.

Cody cracks his knuckles, before throwing a spinning hook. If it connects, he continues to deliver a punch, a Stomach Blow, a Jaw Crusher, a spinning fifth punch and finishes by delivering a powerful Criminal Upper that sends the opponent sky high ("You're boring the crap outta me!"). The total hits are 12.

Cody starts the move off with a Ruffian Kick ("Get outta my face!"), similar to Dead End Irony. If the move's first 3 kicks land, he follows with a combo of punches and finishes with a Criminal Upper ("Jackpot!").

In the Street Fighter IV series, the move has armor-breaking properties. Cody can combo into the Ultra Combo by dash canceling a high Ruffian Kick or an EX Zonk Knuckle if he successfully manages to land either move. He can also use this Ultra as an anti-air if timed correctly.

Full SFXT Sequence.
Add a photo to this gallery 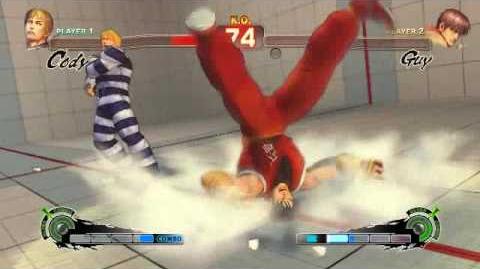 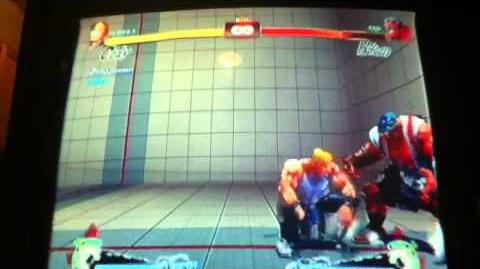 Final Destruction
Add a photo to this gallery
Retrieved from "https://streetfighter.fandom.com/wiki/Final_Destruction?oldid=205459"
Community content is available under CC-BY-SA unless otherwise noted.