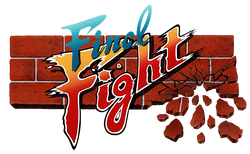 Final Fight is a series of beat 'em up games developed and published by Capcom. The series focus on a group of heroic vigilantes who must save the fictional Metro City from the control and various threats of criminal gangs, primarily the Mad Gear Gang.

Ports and other games[]