The Global Tournament Circuit is a series of martial arts tournaments featured in the Street Fighter animated series. Used as a front for the Street Fighters operations against Shadaloo, the tournaments were featured in most episodes of season 1, sometimes acting as the primary or secondary plot. In season 2, after the episode New Kind of Evil, the Global Tournament Circuit was phased out of the series. 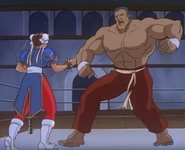 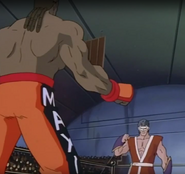 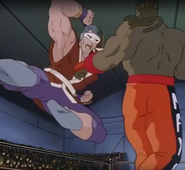 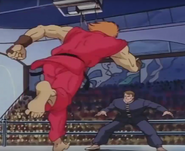 Adon and other fighter in a cage match.
Add a photo to this gallery
Retrieved from "https://streetfighter.fandom.com/wiki/Global_Tournament_Circuit?oldid=200503"
Community content is available under CC-BY-SA unless otherwise noted.