Executed by charging backward then pressing forward, backward, forward and all three kick buttons, Chun-Li will crouch down before delivering a sliding side kick, then a Hyakuretsukyaku and a Tenkukyaku.

Unless these are blocked or fail to connect, she will then perform a flashier rising variation (where she uses her own chi to propel herself off the ground) of her Spinning Bird Kick while shouting the Ultra Combo's name, before finishing off with an upside-down double-legged kick upwards. She then spins downward right-side up as the opponent falls.

The initial attack breaks armor, and the move is a 21-hit combo if it fully connects.

Hosenka is known for its combos, it can be used after EX Hyakuretsukyaku, EX Spinning Bird Kick, Tenshokyaku, Kintekishu, or even Chun-Li's Focus Attack. The last hit has to connect.

Also, Hosenka can be used to avoid and go through projectiles, it just has to be timed right. If it misses, the player can be easily punished.

...and its Spinning Bird Kick.
Add a photo to this gallery 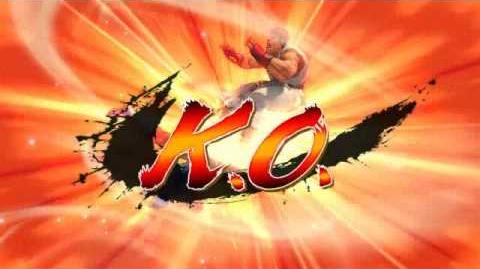