Bitter coffee [2]
Anna (アンナ, Anna?) is a blonde Russian girl who wears a long coat and an ushanka.[1] She wants to become a mathematician, studying geometry and astrophysics during Street Fighter V. Her hobby is touring cafés, although she doesn't like to drink coffee. She experienced her first travel overseas when invited by Karin.[2]

Broccoli[3]
Fair Libra (フェア・ライブラ, Fea Raibura?) is a tall black American girl from Brooklyn who wears a t-shirt, shorts and rollerblades.[1] She is a lively and friendly teenager that loves dancing and old school hip hop. She has a good relationship with her brother and father. Her father Eric (エリック) is a professional saxophonist, and she grew up with her home overflowing with music.[3]

Thunderstorms (fears them)[4]
Julia (ジュリア, Juria?) is an earnest English blonde girl who wears riding clothes.[1] She is the daughter of the president of a company that deals with energy resources. Julia is in the same riding club as Karin, and respects her for becoming the head of the Kanzuki Zaibatsu at a young age. She is a member of the Worldwide Young Ladies Club.[4]

Electrical appliances[5]
Lilly (リリー, Rirī?) is a fashionable woman from India.[1] She works as a film producer. She is working on the production of The Eternal Ganga's sequel, watching street fights to use as reference for an action scene. She is a relative of Dhalsim's family, and originally practiced yoga alongside Sally.[5]

Singing (is poor at it) [6]
Rifa (理花, Rīfa?) is a Chinese girl who wears a blue China dress with a red floral pattern. She does not wear a hair accessory of any kind.[1] Rifa is the youngest of three sisters, and has loved being physically active ever since she was a child. She is an athlete, specializing in the 400-metre sprint and 400-metre hurdles. She is very talkative and enjoys inviting friends over to her house.[6]

Reptiles, pigeons[7]
Toli (冬麗, Tonrī?) is a Chinese girl who wears a dark blue China dress. Her bangs are parted to the sides.[1] She is the middle of three sisters, and is a student who blogs almost everything she does--including wherever she goes and whatever she eats-- as a hobby. Toli is good friends with Anna, and the two often exchange information. She takes things at her own pace, and has a bright and cheerful personality. She easily becomes friends with others. [7]

Slimy things[8]
Tonfa (冬花, Tonfa?) is a Chinese girl who wears a white China dress and a floral hair accessory. She is one of the more popular members of the group.[1] She is the eldest of the three sisters, and wanted to be a nanny or kindergarten teacher as a child. She looks after her sisters, preparing dishes like a professional. Her name means "winter flower" in Chinese, being named so due to being born in a cold winter day.[8] 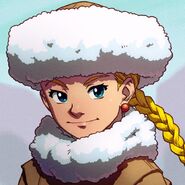 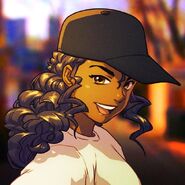 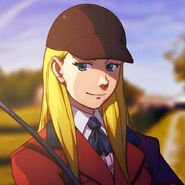 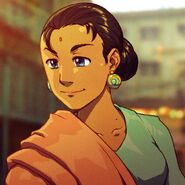 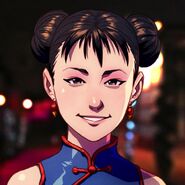 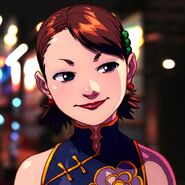 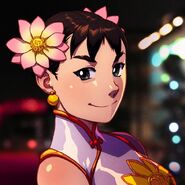 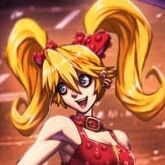