März is extremely shy and isn't good at talking with the others, even with her fellow Dolls. Because of this, she only speaks the necessary minimum and doesn't like to have long conversations, and has a hard time trying to convey her opinions. 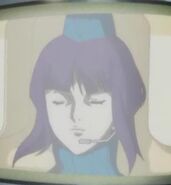