Aprile (older sister)
Rose (mentor)
Menat (fellow apprentice)
Maggio (マッジオ, Majjio?) is a non-playable character in the Street Fighter series. He is Aprile's brother, who has been searching for her since she was taken away to join Shadaloo. In Street Fighter Alpha 3, Maggio searched for Rose in her Palazzo Mistero to help him locate his sister. During Street Fighter V, he is working with Rose's senior apprentice, Menat, where he is learning to use seering powers.[1]

Maggio had red hair just like Aprile, it is long in the front and short in the back. His eyes are blue also like his sister. He wears a green vest and grey pants. In his official profile, he keeps a yoyo that belonged to Aprile, a gift his sister gave to him. In the UDON comic, he's seen fighting with it.

Maggio is featured in issue one of UDON's Street Fighter: Menat comic, where both of them fight Shadaloo to avenge Rose's death.[2] 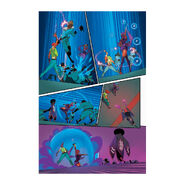 Maggio and Menat fighting against Shadaloo soldiers and F.A.N.G. 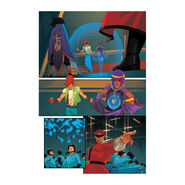 Maggio and Menat getting ready to fight M. Bison, F.A.N.G and Shadaloo soldiers.

Maggio and Menat
Add a photo to this gallery

Retrieved from "https://streetfighter.fandom.com/wiki/Maggio?oldid=231103"
Community content is available under CC-BY-SA unless otherwise noted.