Executed by pressing Medium Punch and Medium Kick simultaneously, Ibuki reaches behind her back and throws several caltrops on the ground. Depending on the strength of the punch button pressed as Ibuki reaches behind her back, she throws a single caltrop on the ground at a certain distance. Pressing Light Punch has Ibuki tossing the spike at 1/4 of the screen. The Medium version sets the caltrop around midscreen. Pressing Heavy Punch has Ibuki throwing the spike around 3/4 of the screen.

The overall damage of the caltrops is very low. While Ibuki can cancel her second V-Skill from her Kunai or Kunai Ikkinage, its 39-frame startup makes it very difficult to use in combo applications or juggles. However, despite having little combo versatility, Makibishi is an excellent tool to use in the neutral game. It is one of Ibuki's projectiles which can be used to build V-Meter on hit and on block. Even if her opponent does block the spikes, she is at least -4 and a good distance away where it can be hard to punish her.

The caltrops disappear if they make contact with the opponent. However, once it hits the ground, it remains on the screen for at least four seconds. The spikes act similarly to Birdie's Banana Time. Stepping on the caltrops triggers a tripping animation, allowing Ibuki to follow-up with another attack. She can even use Makibishi to extend combos after stunning her opponent. As they are recovering, she can throw a spike behind them and use her attacks to push them into the trap. When they step on the caltrop and trip on the ground, Ibuki can follow-up with one of her bread and butter combos.

Her second V-Skill is also useful in controlling her opponent's movement. Against other rushdown characters, setting up caltrops on the ground can limit their mobility and force them to respect the traps she has set. Because Ibuki is unaffected by her own V-Skill, she can walk through the spikes and apply offensive pressure to her opponent. Even if they try to jump over the caltrops, Ibuki is likely in range to anti-air them with Agemen, Kazekiri, or her standing hard kick. Additionally, even if her opponent chooses to stay back and wait for the spike to disappear, Ibuki can safely use Kunai Hoju to restock on her kunai.

Makibishi is also a huge threat in the corner. While she is pressuring her opponent, she can lay a caltrop just in front of them. Next, Ibuki can perform her Medium Kasumi gake to dash to the other side of her opponent, thus already pushing them into the spike. This gives her a decent left-right mix-up that can potentially confuse her opponent on where to block. The best way to achieve this set-up is to link Makibishi after her opponent with EX Kunai in the corner, ending the combo with Raida. This puts the caltrop right on the spot where her opponent will stand on wake-up. Before their recovery frames end, she can fool her opponent with Light or Medium command dash and make them guess where to block the spike.

While her first V-Skill is better at building V-Meter and gives Ibuki a decent poke from mid-range, Makibishi allows her to dictate the pace of the fight by setting up traps and forcing her opponent to navigate through them. Depending on the character match-up, she may or may not have difficulty setting up the caltrops. 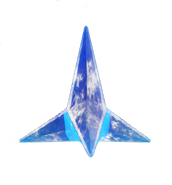 Direct hits with the attack have significantly less Hitstun.

Ibuki throwing three caltrops.
Add a photo to this gallery
Retrieved from "https://streetfighter.fandom.com/wiki/Makibishi?oldid=222722"
Community content is available under CC-BY-SA unless otherwise noted.