The move is an extremely powerful Shoryuken that was first used as a result of Ryu being pinned by Sagat during the events of the First World Warrior Tournament. Consumed with desire for victory, Ryu gave in to his rage fully, lost control, and rose up, scarring Sagat with the Metsu Shoryuken and, as it shows SFV's Sagat's character story, infected him with Satsui no Hado. 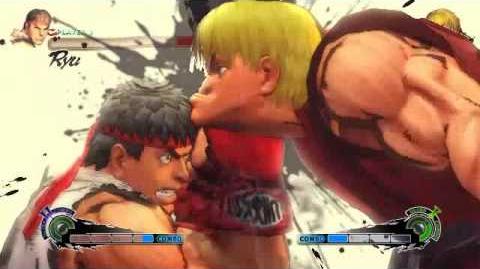 Retrieved from "https://streetfighter.fandom.com/wiki/Metsu_Shoryuken?oldid=221128"
Community content is available under CC-BY-SA unless otherwise noted.