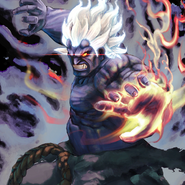 Oni on the character select screen in the Japanese version of Arcade Edition.

Oni on the character select screen in the English version of Arcade Edition.

Oni about to finish off Sakura in his win animation. 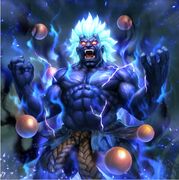 Teppen-The Force Seekers
Add a photo to this gallery

Oni featured in Hiroaki's artwork for UDON's SF25: The Art of Street Fighter artbook.
Add a photo to this gallery
Retrieved from "https://streetfighter.fandom.com/wiki/Oni/Gallery?oldid=210098"
Community content is available under CC-BY-SA unless otherwise noted.