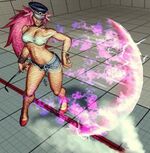 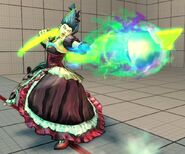 Rose is an example of a character who uses an item as a proxy for projectiles rather than hands.
Community content is available under CC-BY-SA unless otherwise noted.