Rose (ローズ, Roozu?) is a character from Capcom's Street Fighter games. She is the first Italian fighter to be introduced, as well as the third playable female character in the series, after Chun-Li and Cammy.

Rose is tall, curvy and has long dark wavy hair that flows outward horizontally, violet eyes, a fair complexion, and a small mouth with full lips. Most official artwork of Rose make her appear to be pursing her lips. In battle, she wears a loose red evening gown with large gold buttons, a violet leotard similar to Cammy's (but with the addition of leggings) under her gown and a large golden scarf around her shoulders and arms. By channeling her mysterious Soul Power through it, she is able to make the scarf glow, and wield it in such a way that is particularly damaging to her opponents. Rose manages to fight capably while wearing high heels.

In one of Rose's win poses, she wears a large red ball gown, a choker decorated with an antique key design, and matching earrings (in her ending movie in Alpha 2, she is seen wearing this outfit). Also, a lighting-bolt design is visible on her forehead in this form. In this particular victory pose, she holds tarot cards in each hand, and one in her cleavage. This win pose is reserved for a perfect win in Street Fighter Alpha 3, but is a normal victory in Capcom Fighting Evolution. In the UDON comic book series, Rose is often pictured in this attire, particularly when she is interpreting the future or some removed location.

Rose is a serene, respectful, intelligent, and independent woman who muses quite a lot on destiny and fate. Wise and sophisticated, she is not prone to anger easily, and has a very calm demanor, even in battle. She states that power is nothing without skill and that she must continue on her path, even if it means to give up her life for the greater good.

A fortune teller from Genoa, Rose sensed that Doomsday was approaching, and that a person of great evil was causing it. She found the source of the evil in M. Bison and defeated him, believing that she had rid the world of him for good. Unfortunately, by reading her tarot cards, she discovered M. Bison was still alive.

In Street Fighter Alpha 3, Rose learned that she and M. Bison shared the same soul. She faced M. Bison once more, ramming her fist through his chest, channeling her energy into his body. Rose used all of her Soul Power to defeat M. Bison, but it was not enough. Rose passed out from complete exhaustion, and was soon found by Guy (whom she met earlier when he was pursuing Shadaloo). When M. Bison was defeated by Ryu (who destroyed his body temporarily in the process), M. Bison's soul went to the Psycho Drive. Charlie sacrificed his life to try and destroy the Psycho Drive, but was not successful. M. Bison's soul then went to Rose's body, making her his temporary host.

M. Bison's soul stayed in and controlled Rose's body until a new, albeit weaker body was made for him during the time of Street Fighter II. Akuma supposedly killed M. Bison during the second World Warrior tournament with the Raging Demon, which would destroy his soul. What became of Rose during this time was largely unknown, but the Street Fighter IV Training Guide has revealed that Rose is still alive, but has no memory of what happened to her while being possessed by M. Bison.

Upon learning from her tarot cards that M. Bison somehow survived Akuma's Raging Demon, Rose enters the new tournament.[3] Her cards also reveal "The Fool", a card which in this case symbolizes reckless heroism, and determines that the person represented by this card is only hope for defeating M. Bison. She also decides that this person cannot defeat M. Bison until the stars align, and that she must protect him until such a time. However, she knows that she cannot defeat M. Bison herself, as she possesses the same power he has. During her participation in the tournament, she runs into Ryu, dead-set in stopping his advancement for his own protection, stating that he is "the last hope". This results in a fight with much reluctance from both parties.

In her ending, M. Bison ambushed and grabbed hold of her face, taking back what little power of his that remained in her, and awakening the memories of what he did while in her body, as well as visions of the horrific acts he would continue to do. When finished, he lets her live and leaves her unconscious, saying she will make excellent fodder for his insatiable spirit.[4] However, Guy confronts M. Bison and demands that he hand her over or he would destroy M. Bison's jet - his only source of escape. M. Bison reluctantly agrees, and Guy holds his part of the bargain and allows him to escape. Rose wakes up to the sight of Guy, and decides that there is still work left for her to do.

Rose made a appearance in Namco x Capcom. She is initially introduced as an enemy to the heroes, being a servant of M. Bison himself. Much to Ryu's disbelief, as he knows that Rose is a good person. She does not speak very often and fights against other heroes, until Valkyrie uses her power to purify her soul from M. Bison's Psycho Power. After being free from M. Bison's influence, Rose along with Ryu begins to attack him but ends up dealing no damage to Bison in the process due to his Psychodrive having reached full potential. This event later caused Ryu to be taken over by the Satsui no Hado, in search of raw power to unleash his violence on, until he snaps out of it and he later ends up killing M. Bison when his Psycho Power's source becomes incredibly unstable.

Rose appeared as a playable character in Capcom Fighting Evolution.

Rose also plays a major role in the 1995 manga adaptation of Street Fighter Alpha by Masaomi Nakahira, where she is a soothsayer who guides Ryu in his personal quest to overcome the Satsui no Hado's influence. She meets up with him after he falls into a sewer. Ryu begins to wonder if she has any relation to Shadaloo who were after him for his dark power. After a short battle between the two, which Rose won, she told him that the Satsui no Hado is a dangerous power. Ryu questions on her knowledge of his Satsui no Hado and who was, she then tells him that he must go to see two fighters in red. After she got of the water of the sewers, she told Ryu that he will get a cold if he does not get out of the sewer water as well before she leaves him.

Rose makes a cameo appearance in the manga adaptation of Street Fighter lll: Ryu Final as a memory inside of Ryu's head.

Rose appears in the Street Fighter comic produced by UDON in close collaboration with Capcom. In Street Fighter #1, it is told that Rose was a member of a tribe of Roma (a.k.a. Gypsies) that followed a white haired woman known only as Master. The woman had a glowing yellow lightning bolt on her forehead and a very similar hairstyle to Rose. When Rose was a child (roughly ten years of age), M. Bison, a former student of the Master, returned to the tribe and declared that he was going to kill the Master, as her knowledge of Soul Power was a threat to him. Though the Master fought bravely, M. Bison's Psycho Power (corrupted Soul Power) ultimately killed her and almost every other person present in the village; only a man who was away chopping wood away from the village survived. He returned after the explosion and discovered an unconscious Rose, who now bore Master's lightning bolt on her forehead.

In Street Fighter #2, Cammy is tracking Ken and Ryu in San Francisco when she is intercepted by Rose. Later, Rose completely cleansed Cammy of the Psycho Power's influence and erased her brainwashing. She later deposited Cammy on the doorstep of the British Embassy in Italy, where her instinctual response to a terrorist attack directly led to her being recruited to Delta Red, the organization she works for in Super Street Fighter II. Rose is distressed when Cammy, under the employ of MI5, not only returns to a life of violence, but also engages in missions that will inevitably lead her back to M. Bison.

She appears repeatedly in M. Bison's nightmares, and her face randomly appears on his computer monitor. Dhalsim later warns M. Bison: "Someone with purple hair and a yellow scarf will one day be your destruction."

In a final battle between M. Bison and Ryu that was interrupted by Akuma, M. Bison attempts to place his soul into Cammy, but is pulled away by a ghostly yellow scarf wrapped around his neck. Rose's ghost then tells him that it is time for both of them to die, and she holds him in place for Akuma to deliver the finishing blow via Shun Goku Satsu.

Rose makes a cameo appearance in an episode of the first season of the American Street Fighter TV series, titled The Medium is the Message, as a competitor in a Street Fighter tournament in India among other Street Fighter Alpha characters. She has a more prominent role in the second season episode The Flame and the Rose, where she teams up with Ken and Blanka to fight against M. Bison.

Rose appears in the 1999 Street Fighter Alpha: The Animation film, where she tell Ryu about his Satsui no Hado and his meeting with Shun, as she shows him the card of the devil, which stands for one's own demon. She then tells Ryu that he can become more powerful and overcome the Satsui no Hado. She then senses Ken comming to the temple that Ryu was at, and leaves Ryu behind with the card.

She later appears again to Ryu after he fell into a deep derpression , she tells him that Shun is wavering, and that Ryu must keep fighting off the Satsui no Hado. Rose then asks him if Shun's own soul may not really be his own problem to worry about, this question makes Ryu angry, and throws a Hadoken at glass windows, breaking it completely before she leaves him to his choices. Rose appers again in front of Ryu who was fighting off the Satsui no Hado, telling him that he has yet to turn over the card before she leaves.

Street Fighter: The Legend of Chun-Li

Rose appears in Street Fighter: The Legend of Chun-Li as M. Bison's ulterior objective in the story, having sought her in Bangkok, where she was left after her mother died. As in the games, she is depicted as the manifestation of M. Bison's good side, though she is born instead of created, making her M. Bison's daughter. For safety reasons, she is alternatively referred to as the White Rose to hide her identity. Because she has lived her entire life in Bangkok, she is incapable of speaking English.

In the movie's deleted scenes, there is a part where she is confronted by Nash and her eyes turn red, meaning that she was likely meant to be possessed by M. Bison as she was in the games. 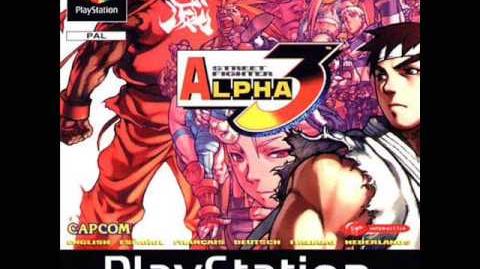 Retrieved from "https://streetfighter.fandom.com/wiki/Rose?oldid=96865"
Community content is available under CC-BY-SA unless otherwise noted.