Secret Laboratory is a stage introduced in Street Fighter IV. It takes place on an unknown island on the North Atlantic Ocean, between the United States and North Africa.

This is the stage where the player fights Seth as a final boss in the original Street Fighter IV. In the later updates, the final fight with Seth takes place in the crumbling version of the stage.

This is the laboratory of S.I.N. There are experiments made in this laboratory that can be seen with camera mods, with two test experiments one male and one female. It appears that the equipment is being pushed to it's limits as there is smoke coming out of some of the machines and others are shaking as if they are under heavy use. On the sides there are doors with S.I.N. symbols that is not known where they lead to. On the machine in the center of the stage, there are steps that lead to the second floor of the machine, however there is no more computers or other electronics on the second floor. 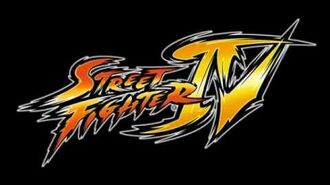