The Senpusha (穿風車, Senpuusha?, "Drilling Windmill"), also known informally as the "Pinwheel" is one of Juri's special attacks.

The EX Special version has wider hitboxes, spins more and causes more damage than the heavy kick version, but travels only as far as the light kick version.

The Senpusha can be disadvantageous, and tends to leave Juri open as she finishes the cartwheels and resets to her default stance, as shown below. However, due to the clearance of the move while she's spinning, it makes an effective tool when waking up against a particularly aggressive opponent. 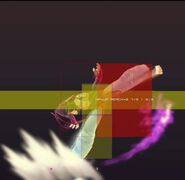 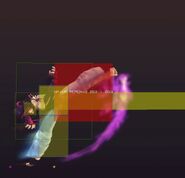 Retrieved from "https://streetfighter.fandom.com/wiki/Senpusha?oldid=207897"
Community content is available under CC-BY-SA unless otherwise noted.