Shinku Hadoken was created by Gouken. According to Ryu it was a move Gouken was going to teach him, but never had the opportunity due to his "death".[1] Ryu discovered this technique after defeating Sagat in the 1st game.[2]

The Shinku Hadoken is a large, multi-hitting Hadoken (the maximum usually being 5 hits) made of vacuum energy. Its power propels it the length of the whole stage, and easily lets it plow through other weaker projectiles, though some games lower the amount of hits landed for each one it 'breaks.'

In the Marvel vs. Capcom series and other crossover games, it appears as one of Ryu and Sakura's Hyper Combos. In some games, the Shinku Hadoken takes the form of a large beam resembling the "Hadōhō" from Space Battleship Yamato that lands even more hits, though the attack strength and dodging method remains unchanged. Sakura's variant is an exception, as she fires continuous blasts diagonally upward, though it is performed 'normally' (i.e. the same as Ryu's) in her "Sunburned" form.[3] 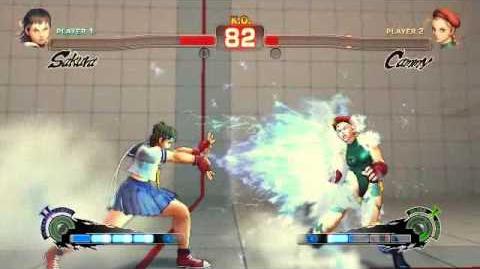 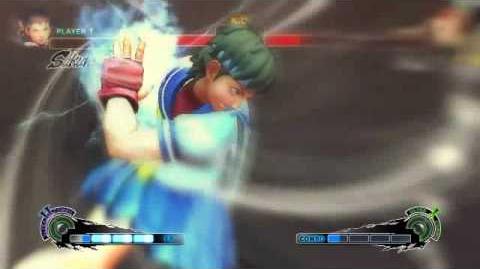