Guile has the Sonic Hurricane as his Critical Art in Street Fighter V. Before he starts the Critical Art, his muscular arms comically pump up. If performed while the Guile's first V-Trigger is active, the Sonic Hurricane will transform into the Sonic Tempest, which increases the number of hits and area of the attack. Doing this will completely drain the V-Trigger gauge. It is also the only Critical Art in the entire game that requires charging and one of the only three Critical Arts to not have quarter circle motions in its input, with the others being Bolshoi Russian Suplex and the Shun Goku Satsu. 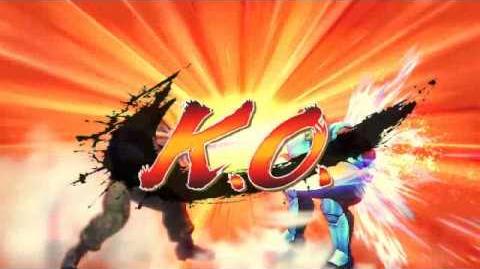