Street Fighter Wiki
Register
Don't have an account?
Sign In
Advertisement
in: Articles in need of improvement, Games, Alpha Games,
and 3 more

Street Fighter Alpha 3 discards the Manual and Auto modes from the previous Alpha games by offering the player three different playing styles known as "isms." The standard playing style, A-ism (or Z-ism in Japan), is based on the previous Alpha games, in which the player has a three-level Super Combo gauge with access to several Super Combo moves. X-ism is a simple style based on Super Street Fighter II Turbo, in which the player has a single-level Super Combo gauge and access to a single, but powerful, Super Combo move. The third style, V-ism (or variable style), a unique style that allows the player to perform Custom Combos similar to the ones in Street Fighter Alpha 2. In X-ism, players cannot air-block nor use Alpha Counters. Alpha 3 also introduces a Guard Power gauge which depletes each time the player blocks - every time the gauge is completely depleted, the player suffers a "guard crush" (in which the gauge itself decreases in size, thus causing the player to gradually lose ability to block attacks as the guard gauge keeps decreasing) which leaves him/her temporarily vulnerable for an attack. 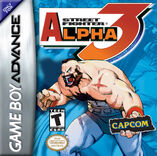 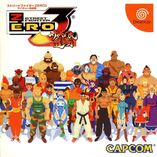 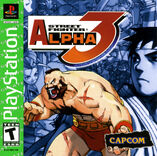