Street Fighter EX3 is the third console installment in the Street Fighter EX series, developed by Arika and published by Capcom. The game was released in 2000 for the PlayStation 2 in Japan and North America as a launch title, and subsequently released in Europe in early 2001.

Street Fighter EX3 follows a similar gameplay system to its predecessor, Street Fighter EX2 Plus (1999), with characters being able to pull off similar moves like Super Combos and Meteor Combos. However, the difference here is that the "Guard Break" system from the previous installments has been "removed" and replaced with a similar system called the "Surprise Blow" system which does not use up energy-stored "Super Bars", and rather than being unblock-able, works as an over-head attack that can be blocked, but only when standing.

Another new feature is the "Character Edit" mode, which allows the player to complete a set of missions as the character Ace, who, by default, has only two command moves (called Elbow pad and Jumping knee pad in the command list). Completing these missions increase the player's EXP, which can be used to purchase many new Special Moves for him. However, he can only use three Super Moves, two Super Combos, and one Meteor Combo at a time. He is also the only character to have two playable versions of himself, in which both sides can be edited.

The core gameplay is essentially the same as previous installments, but Street Fighter EX3 features tag battles, similar to games like Namco's Tekken Tag Tournament, allowing players to switch between characters when the appropriate gauge has filled. New with the tag team system is the "Critical Parade" which uses two super bars from each character and a full tag meter to call in the opponent for a double team attack in which both characters are controlled by the player and have unlimited Super Combos for a brief period. As a character is defeated, their remaining super bars are transferred to their team mate allowing one character to stock up to six Super Combos, this is called the "Emotional Flow". Each player can have up to four characters, however the life bar becomes divided between the four. The only exception to this is the final boss.

CPU-controlled (and can be used through cheat device)[] 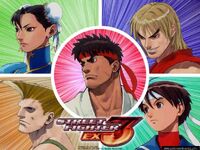 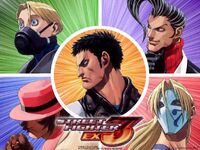 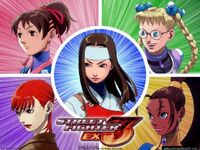 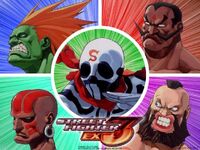 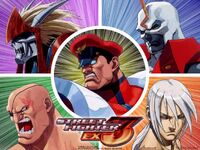 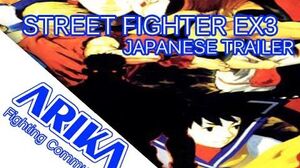 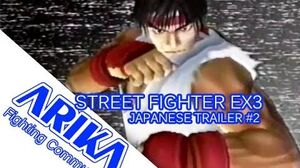 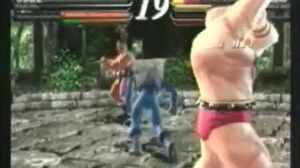 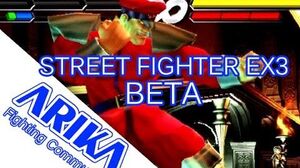 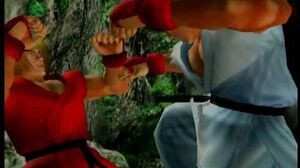