While Street Fighter IV features fighters and backgrounds rendered in 3D, the gameplay remains on a traditional 2D plane. Producer Yoshinori Ono has stated that he wanted to keep the game closer to Street Fighter II than its sequels, and as such the parry system from Street Fighter III has been dropped. A new system called Focus Attacks (Saving Attack in the Japanese version) has been introduced, as well as Ultra Combos. The traditional six-button control scheme returns, with new features and special moves integrated into the input system, mixing classic gameplay with additional innovations.

The characters and environments in the game are rendered as 3D models with polygons but use a stylized effect to give them a hand-drawn look, with certain select attacks displaying ink sprays during the fights. The art director and character designer is Daigo Ikeno, who previously worked on Street Fighter III: 3rd Strike, aims at staying true to the Street Fighter II style.

Focus Attacks, known as Saving System in the Japanese version, was a new system introduced in Street Fighter IV. The Focus Attack is a move that allows the player to absorb an attack and launch a counterattack, and it is performed by pressing the medium punch and kick buttons simultaneously. The system aims to make ground attacks as viable a way of approaching opponents as jumping was in previous games. The Focus Attack system is a core part of Street Fighter IV's gameplay.

Ono has stated that this system was incorporated in order to shift the emphasis away from combos and toward a more realistic system he has compared to boxing; the skill is in reading your opponent's move before he starts moving ... We haven't forgotten about combos and linked moves, but focus makes it so that you have to read your opponent.".[citation needed]

Super Combos, the powered-up special moves that have been a series' mainstay since Super Street Fighter II Turbo, return in Street Fighter IV. Similar to Super Turbo, each character has one set super move. The game also features EX Special Moves, the powered-up versions of Special Moves from the the home version of Street Fighter: The Movie. In addition to Super Combos, the game also features Ultra Combos. Ultra Combos are performed similarly to the character's Super Combo but are executed with three attack buttons (much like the Lv. 3 Super Combos in the Street Figher Alpha series and the Meteor Combos in Street Fighter EX3). Ultra Combos are long and cinematic moves usually featuring a lengthy combination of punches, kicks and other moves. Just as there is a Super Combo Gauge, there is also an Ultra Combo gauge (officially known as the Revenge Gauge), but whereas the Super Combo meter fills as the player hits an opponent, the Revenge Gauge fills when one takes damage from the opponent. Along with Super Combos, Ultra Combos are one of the only times the camera breaks from its normal fixed position to show a more dynamic, or cinematic view of the gameplay. Additionally, when the camera shifts to this cinematic view, the opponent's facial expression will change to a look of surprise and panic. This is easier to see on some Ultra Combos than others, especially if the camera pans around the person in some way.

Street Fighter IV takes place several months after the events of Street Fighter II. After Seth's escape, the S.I.N. corporation began another fighting tournament in order to draw out the most powerful fighters on Earth to complete the BLECE project. Each character has their own reasons for entering this tournament, but S.I.N.'s real desire is to lure Ryu to them in order to analyze the Satsui no Hado, believed to be the last piece of data needed to complete BLECE.

The tournament is publicly organized by S.I.N., apparently using preliminary matches and a point system to determine who is allowed to enter (as shown by the conversation between Seth and his lackey about how Dan Hibiki was able to "squeak by with just enough points to qualify"). It can be assumed that the only participants in the tournament are the playable characters in SFIV not including Seth.

In addition, the two computer-only boss characters from the arcade version, Seth and Gouken, are also both playable in the home versions, and Akuma is a hidden character.

East Asia: Overpass - A street next to a river and under a Highway Bridge in Japan.

East Asia: Crowded Downtown - A number of restaurants in China at afternoon.

U.S.A.: Drive - In At Night - A crowded street filled with cars.

East Asia: Run-Down Back Alley - A number of restaurants in China at night.

Oceania: Volcanic Rim - Oni's refuge after the sinking of the Goukuento Island.

The original game concept, titled Street Fighter IV Flashback, imagined in part by David Sirlin, the designer of Super Street Fighter II Turbo HD Remix, never made it past the proposal stage. Flashback would likewise feature the 2.5D gameplay and a roster made of classic Street Fighter II characters plus Sakura and a few new characters. The game would have also featured a single-player mode with third-person 3D action (similar to that of Sony's God of War series) that focused on Ryu's backstory, as well as all Street Fighter arcade games in their original forms and a 3D version of Super Turbo. Flashback's proposed easy control system was later used in Tatsunoko vs. Capcom: Ultimate All-Stars, minus its titular "flashback" gameplay feature.[3]

While Street Fighter IV features models and backgrounds rendered in 3D, the gameplay remains on a traditional 2D plane, with the camera having freedom to move in 3D at certain times during fights, for dramatic effect, similar to the Street Fighter EX series Capcom produced with Arika. Initially the title had been developed to use 3D hitboxes, but the testers felt it didn't have the "pixel perfect" precision of a Street Fighter game, and the game was therefore changed to use 2D hitboxes.[4] Ono has also cited the arcade version of Arc System Works' Battle Fantasia as the inspiration for the game's three-dimensional art style.[5]

Art director and character designer Daigo Ikeno, who previously worked on Street Fighter III 3rd Strike,[6] opted for non-photorealistic rendering to give them a hand-drawn look, with visual effects accented in calligraphic strokes, ink smudges and ink sprays during the fights.

The game runs on the Taito Type X2 arcade board inside a Taito Vewlix cabinet[7] and takes advantage of the Type X2's network capabilities and allows players in separate machines within the same LAN to fight each other.

Street Fighter IV has been released for the Xbox 360, PlayStation 3, and Microsoft Windows. The home releases features additional playable characters and online play functionality. The North American and European localizations of the home ports features English voice acting for all the characters, as well as fully animated ending sequences.

The console versions of Street Fighter IV has received downloadable content following its release, which is available for download via Xbox Live Marketplace and PlayStation Network. The first expansion pack, titled "Championship Mode", is free of charge and provide players with a replay mode, a new points system and an enhanced tournament matching system. Also, five alternate costume packs has become available for purchase via Xbox Live and PlayStation Network. The costume packs includes the alternate costumes included in the arcade versions of the game.

In the iPod Touch/iPhone version of the game, Abel, Blanka, Chun-Li, Dhalsim, Guile, M. Bison, Ken, and Ryu were the only eight characters that were playable, prior to an update adding Cammy and Zangief, and then another update came, adding E. Honda and C. Viper. The most recent update includes Sagat and an unlockable Dee Jay.

Another iPod Touch/iPhone game called Street Fighter IV Volt Battle Protocol would be made. All the characters from the original iOS version would be here. Balrog, Vega, Cody, and a hidden character, Akuma, would also be added to the roster. An update added Sakura and Makoto to the roster. Another update added Yun and Fei Long.

Yet another iPhone game was made called Street Fighter IV Champion Edition, it was released on July 6, 2017 and added three new characters, Dudley, Ibuki and Poison. An update added Guy, Gouken and Evil Ryu to the roster. Another update added Elena, Juri and Rose.

Reception for the game has been overwhelmingly positive, with scores appearing in reviewer's top rankings. Joe Juba from Game Informer's stated that the game, "...is a distillation of everything the genre does right. It delivers the intensity of competition...all through elegant techniques that are easy to learn and difficult to master."

James Meilke of 1up.com wrote that, "It's a bold, confident fighter that celebrates its heritage while bringing fresh, new ideas to the table, arriving in a remarkably complete package..." while Dan Amrich of Official Xbox Magazine stated that, "If you’re a novice, a training mode and eight levels of difficulty will help you find your way. If you’re a pro, SFIV contains all the depth you’ve ever loved about the series, without compromise." In the Plus section of the review, he states that it, "Does the impossible: Preserves the past, embraces the future."

Criticism came to the anime-style scenes, "...these cutscenes are almost a disgrace to anime as they are so poorly animated and tell you almost nothing about the story or the context for each character's participation in the tournament," wrote Ryan Clements of IGN. James Mielke also added words about the featured stages in the game, stating that, "Sure, Drive-in at Night, Crowded Downtown, Pitch-black Jungle, Deserted Temple, Cruise Ship Stern, and Small Airfield are nice enough, but anyone longing for E. Honda's onsen hot spring will be left wanting."

MadCatz has released two licensed FightSticks and five wireless GamePads to coincide with the game's release. The Tournament Edition FightStick features a Sanwa joystick and 30mm buttons, as well as various modification abilities. GamePro's official review[8] of the stick(s) state that the Tournament Edition also comes with a compartment to store the sticks' cord, along with rubber feet located on the underside. The Tournament Edition will retail at $150.00 USD, however only 3000 are being produced with MadCatz receiving over 20,000 pre-orders.

The basic FightStick is considerably smaller in size, but has been reviewed[9] to be for intermediate players, and has the capability to be rested comfortably on a player's lap. The face of the controller is marked with a graphic displaying the original eight fighters from Street Fighter II, but it is clear the stick can be modded. The model retails at $79.99 USD for the Xbox 360, and $69.98 for the PS3.

Both FightSticks position the Start/Select buttons on the rear side of the model. Turbo, Home (PS3) and Guide (360) buttons are located on the upper left corner of the models, as well as a lock switch to keep from accidental initiation during play.

Also both FightSticks ships with detachable wires, for easier switching out buttons and joystick.[10]

The GamePads features graphics of Ryu, Ken, Chun-Li, Blanka, and Akuma, and retails at $39.99 USD. The pads feature an 8-Way floating D-Pad, along with the trigger (R1 and R2 for PS3) buttons located directly onto the face. The button layout is similar to the FightSticks, with the Guide (Home) button located on the lower area of the controller. 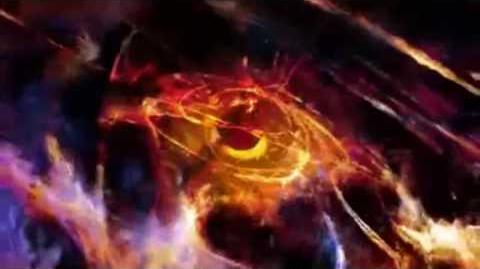