On September 28, 2009, Capcom officially announced the game, revealing it to be a standalone title. According to developer Yoshinori Ono, this is because the changes, which comprises ten additional characters, improved character tweaks based on community feedback, and an improved online mode, were too extensive to release as DLC. As a compromise, the game was released at a lower price point, with two extra colors for fans who already owned Street Fighter IV.[1] It was released for $40 instead of $60.

New stages have been added to the game:

Every character are now able to select between two Ultra Combos. All 25 original characters are able to choose from three outfits: their default, their old DLC costumes, and a brand-new DLC outfit released later on. New characters have a default costume and one DLC outfit. 6 of the original 25 fighters (C. Viper, Cammy, Chun-Li, Guile, Ryu, and Seth) all have second rivals, in addition to their first rival. The player is able to select which rival they wish to face by whether or not they press all three kick buttons when the "Now! Fight your rival!" message appears. The other characters have only one rival. The new 10 characters also only have one rival.

An arcade version of the game was also released in Japan on December 16. New features include the addition of two new characters (Yun and Yang) as well as many gameplay rebalances.[7] Additionally, the Arcade Edition includes two secret bosses (Evil Ryu and Oni) later added as playable characters. It was released worldwide on the PS3 and Xbox 360 on June 7, 2011 as DLC and as a stand-alone disc June 24, 2011 for Europe, June 28, 2011 for North America, and June 30, 2011 for Japan. SSFIV: AE was released for PC on July 5, 2011.

A 3D version was also released for the Nintendo 3DS handheld. Features include true 3D graphics, online play, anonymous local wireless play, and a "Chance Encounter" feature whereby battles take place between figures the player have collected and figures that another person with Super Street Fighter IV game data on their 3DS has collected will automatically "fight" as they pass each other by, even if they aren't playing their 3DS, and even if they don't have the game card inserted. This feature is implemented by using StreetPass, and the player earn points to buy new figures by winning matches in the game.[8] Graphical changes include the ability to play the game from an altered camera angle, and static backgrounds. The touch screen can also be used for easy mapping of various attacks to one of four touchscreen buttons. The game features both expert and beginner input systems; in the beginner system (lite mode), the touchscreen can be used for combos, in the expert system (pro mode), the buttons on the touchscreen can only be used for button combinations.

On June 15th 2010, Capcom released new DLC for the game, including character balancing,[9] tweaks to gameplay, and a further improved tournament mode.

The following gameplay aspects were fixed: 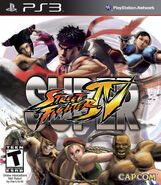 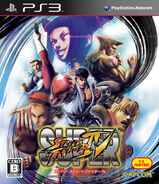 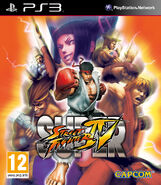 Official wallpaper featuring every character in the game 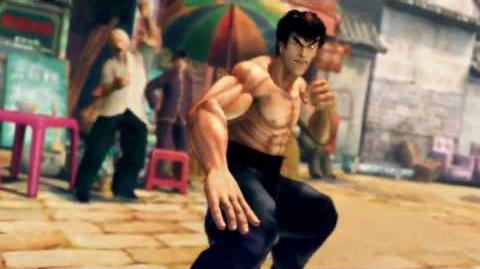 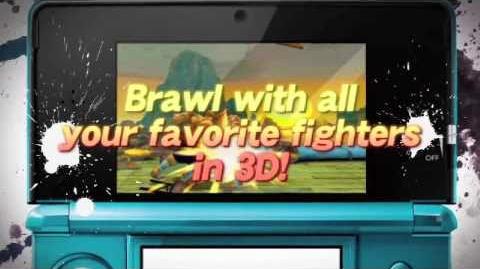