Executed by performing two quarter-circle forward motions and pressing punch, Makoto enters a blind rage, which turns her skin red, turns her Super Combo Gauge into a timer and increases the damage inflicted by all of her attacks by 25%.

In 3rd Strike, the move renders her unable to block for its duration, in exchange for a massive 1.6x attack boost. Tanden Renki also has invincibility during the start-up frames. However, skilled players can still make use of parrying with her, so learning to counter her opponents' moves can lead to good management with this move.

In Super Street Fighter IV, as the move is now available at any time when the super meter is full (as opposed to being selected at the expense of her other super attacks), it is possible to use it as a bridge and then transition to another move as soon as she recovers from the activation. The recovery is very short and can allow her to perform another attack that otherwise would not be possible in the interval. This is one way to land a guaranteed Seichusen Godanzuki during a combo (by performing a light Hayate and then using the Tanden Renki immediately at the end, she can then execute her Ultra Combo within range and her opponent still stunned).

In OMEGA Mode, Tanden Renki can be activated with 2 or more bars (albeit with a shorter time limit). Her focus attack is replaced with a parry move for its duration, and all special moves gain unique properties such as Hayate gaining multiple hits or Fukiage hitting grounded opponents. 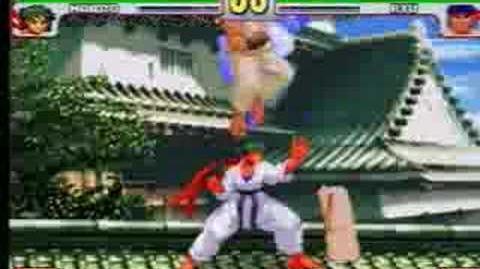 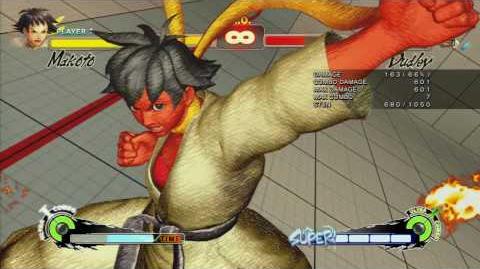 Super Street Fighter IV Makoto's Marvellous Mixup 2 - j.HP reset
A Makoto player activates the Tanden Renki during a combo before finishing with a Seichusen Godanzuki.
Add a photo to this gallery
Retrieved from "https://streetfighter.fandom.com/wiki/Tanden_Renki?oldid=238444"
Community content is available under CC-BY-SA unless otherwise noted.