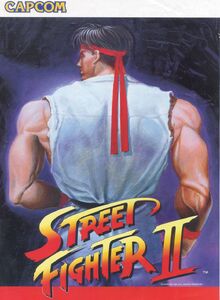 Street Fighter II is a 1991 fighting game produced by Capcom originally released as an arcade game. A sequel to Street Fighter, Street Fighter II improved upon the many concepts introduced in the first game, including the use of command-based special moves and a six-button configuration, while offering players a selection of multiple playable characters, each with their own unique fighting style and special moves. (more...)

Retrieved from "https://streetfighter.fandom.com/wiki/Template:Featured_Article?oldid=51660"
Community content is available under CC-BY-SA unless otherwise noted.