Executed by performing two half-circle backward motions and pressing all three punch buttons, Oni performs a powerful Sekisei Jiraiken that causes a spike of energy similar to the Kongou Kokuretsuzan. Should Oni land the first hit cleanly, the opponent is launched up into the air. Oni then follows them up with a deadly Goshoryuken to the opponent's exposed back. The move becomes something like a variation of the Kongou Kokuretsuzan should the full animation not occur.

The EX Rakan Dantojin can easily combo into the Tenchi Sokaigen.

Complete Sequence.
Add a photo to this gallery 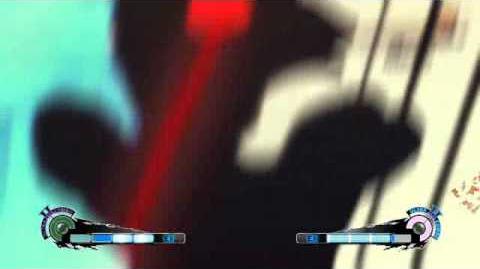 Retrieved from "https://streetfighter.fandom.com/wiki/Tenchi_Sokaigen?oldid=234363"
Community content is available under CC-BY-SA unless otherwise noted.