The Medium is the Message is the eighth episode in the first season of the Street Fighter TV series.

A Street Fighter tournament is being held in India, and Escher sends Guile and the rest of the street fighters to compete. M. Bison is attending as well, and has a double threat of a plan; use his new mutant combatants to destroy the street fighters, or have Balrog create a video of the street fighters defiling a Hindu temple fooling the populace into attacking them. Both of Bison's plans fail when Guile saves a scientist, and then performs a Flash Kick on a bomb. 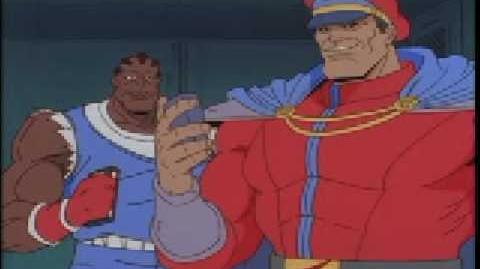 Retrieved from "https://streetfighter.fandom.com/wiki/The_Medium_is_the_Message?oldid=164581"
Community content is available under CC-BY-SA unless otherwise noted.