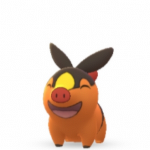 Hi, welcome to Street Fighter Wiki! Thanks for your edit to the Elena page.

Your edit to Ryu's article Edit

Please proofread your edits before submitting them. And make sure to avoid run-on sentences and try to make sense. General Awesomo (talk) 22:40, November 12, 2013 (UTC)

I dont know what your deal is, but you need to stop Deleting Karins character profile tags, sprites, and navigation templates. I get it, some people aren't happy with her inclusion, but that densest mean you have to go vandalizing peoples profiles. Did you not know that Wikis keep track of these sorts of things? If I have to fix this a 3rd time, I'm reporting you for vandalism.
Ixbran (talk) 08:43, September 17, 2015 (UTC)

I don't delete most of Karin's profles,sprites, templates and other things. I came here to add up and edit. You're gonna blame me to think  I was vandalizing. You're an idiot! I have no intention of deleting those especially other people's profiles. Why don't you blame somebody else not me? BlazeSeed366 (talk) 09:37, September 17, 2015 (UTC)

Because it was during your edits those bits of information was taken down, just check Karin's edit history to see for your self. on two occasions you removed huge ammounts of information when you edited her page.
Ixbran (talk) 10:17, September 17, 2015 (UTC)

It's hard to type in the Mac Laptop. Trust me I don't remove most of it. When I tried to click the back button after I edited. That must be the cause of all the info to be removed when I was return back to the old edit rather than the current edit and I automatically press the publish button when I'm already done editing earlier. It's all happened since I was previously editing at Rashid's profile once when I already finish edited his appearance or trivia, all the infos are gone when I see the wiki activity or their character profile and I see the history of my edits it was still there and recovered.

Someone is Spoiling the Story Modes in Street Fighter VEdit

I know everyone will get mad if I post this one since this game is gonna release in February 16. This blog site over there is spilling the beans about a few characters in SFV in their involvements in the story mode including some sub bosses.

In Ken's prologue where he, Eliza and Mel are driving with his jeep. As this blogger mentioned that Ken's family are visiting Karin's party.

As I currently posted about Laura's prologue story that she tightly hugs her brother Sean which implies that the siblings are having a play fight. Laura's story is all about showing her fighting style to most fighters she had been facing as well as Zangief gives her the ticket for the wrestling scouting events which would be her ending in the game.

Necalli is much like Ogre from Tekken which he absorbs some fighter's souls which the prophet notices Necalli's actions.

Rashid is the shortest story among the rest of the characters and also to show more of his personality for being very a sociable person by sending messages to his online friends probably in facebook or any other social medias.

And lastly, Charlie's story is a rundown after the events of his appearance in Alpha 3 up through the actual game. It appears that Charlie was survived in the explosion of the Shadaloo base along with Bison after he allows his friend Guile to escape while he fends off the enemy he wanted to kill. In his severe injured state, he met a blonde haired girl named Helen who wants to know who did to him. (And for unknown reasons how did he get the green gem in his forehead). As mentioned by the blogger, Charlie ends up standing in front of his friend Guile and his group after seeing his revival. (this might be his ending in the game)

You don't have to blame me after I wrote this whole thing. Just blame this blogger who spoils everything. Here's the link...

I think it just happened earlier when I edited Karin's appearance and her link to her pop culture about her similarity to Lili's primary outfit from Tekken as well as Street Fighter V profile where I made a minor change after I thought Dudley is responsible but Karin's.  BlazeSeed366 (talk) 16:16, September 17, 2015 (UTC)

Your English is not good enough to add textual content to the wiki in English. The content you add often has bad grammar and it takes more work to correct than to add this information in the first place. Please improve the quality of your edits or refrain from these kinds of edits. Thank you. --

Hello there BlazeSeed366. Please believe me that I am neither Ryonaguy or KingMaleRyona (it's actually GyakuRyonaMale). I'm not into those kinds of things. The other type of ryona however, yes please ^.^ . Anyway, if there's one thing about me, I love Cammy. She's my favorite character in Street Fighter. I love watching her fight and dominate, even observing how some pros play her. While I'm not good in the game, I do enjoy playing her as my main. But if there's one thing I love about Cammy, it's seeing her lose. I don't know if it's me, but I think she's looks sexy when she gets tossed around and beaten up, which is why I always have her as my default training dummy for Training Mode. So yes, while I do have Cammy as my opponent almost all the time, that is my reason for it. Please know that I am not trying to offend anyone here. I'm just a Street Fighter/Cammy fan who wishes to contribute. Thank you and I hope we soon become friends one day.—Preceding unsigned comment added by CammyRyona (talk • contribs)

Lol!!! Why do I wanted to became friends with you if I'm too conservative to watch your videos, GyakuRyonaMale? I know you made the Tekken guys into a perverted beating. I could imagine Jin got raped by a tranny when I looked at the pictures from your videos. Now I have to write the whole thing again to make more gags. You just undo someone's message, he just told you try someone else aside from Cammy but you never listen.

Hello again. Believe what you want to believe, but I'm telling you the truth that I am not GyakuRyonaMale. And I apologize for not listening to the other person's messages. Like I said before, I'm just trying to contriubute. I wish not offend you or others here. I do not wish to start an argument on such a manner. All I can do is ask for your forgiveness and try to improve. Thank you.—Preceding unsigned comment added by CammyRyona (talk • contribs)

All right, if you're not like this guy. It's better you can post other characters aside from Cammy. I always checking somewhere around the wiki, though. --BlazeSeed366 (talk) 16:14, April 4, 2018 (UTC)

hi blazeseed366 i used to post on the TEKKEN WIKI months ago and there was a misunderstanding on the LEO page since i was worked up with LEO's gender but ignored the actual stated facts. so i was hoping you'd remove the ban. thank you.Evilcivilian (talk) 20:26, June 5, 2018 (UTC)

Right now I had terrible issues on other wiki like both prowrestling and evil-zone. One Bureaucrat/Founder blocked me in seven years thinking I was spamming on their wiki. But I never write any kinds of bulls*it on their wiki. What I did was expanding the character profiles, the other did the same too for blocking me from 1 to 3 months by posting the character profiles without a proof read and questioning my English grammar which is imperfect. I'd say anywhere in the wiki doesn't have formality rules to write whether your grammar is good or not. All you need was contributing.--BlazeSeed366 (talk) 07:27, September 1, 2018 (UTC)

Would it be ok if somebody starts attacking @LadySlenderNeko on Twitter ded meet (talk) 07:20, September 2, 2018 (UTC)

Looks like she's causing cyberbullying here in wiki QLord. If you look at her Twitter, she seems talkative of things and not getting involved on the wiki. --BlazeSeed366 (talk) 09:01, September 2, 2018 (UTC)

yeah, i've been trying to message you on a misunderstanding that took place on the Tekken wiki last year and was wondering if you can remove that ban you placed on me. —Preceding unsigned comment added by Evilcivilian (talk • contribs)

that was a misunderstanding of me not accepting facts coming from the creators, so i promise you i'm not some random person who'd make trouble agian since i personally am an editor and i'm precise on what i do. if you'd remove the ban i'd appreciate it. Evilcivilian (talk) 16:13, September 10, 2018 (UTC)

You see, with that kind of an attitude you would be blocked on purpose. And now trying to edit warring on me. Now that's harassment, Ishimoto. If I were the admin here, I would block you on the spot. --BlazeSeed366 (talk) 05:26, October 2, 2018 (UTC)

But I treat you as though you are my bro- I mean Sister.

Yeah, probably won't do that again. The QLord (talk)

It's all right... I had a few enemies aside from Ishimoto. The other one is Ashley Tate who is already on a different username after she removed the entire evil zone wikia as the bureaucrat/founder that I called her a b*tch for her actions in framing me as a spammer. Those users like her doesn't deserve to become the bureaucrat/founder or simply an admin because they were abusing their power. So I made a new rule in Tekken wiki at my blog when I'm up against users who caused cyberbullying, sexual harassment, perversion and framing users who never did anything wrong will be block permanently. BlazeSeed366 (talk) 07:15, October 2, 2018 (UTC)

Re: Try to become an adminEdit

Retrieved from "https://streetfighter.fandom.com/wiki/User_talk:BlazeSeed366?oldid=215688"
Community content is available under CC-BY-SA unless otherwise noted.