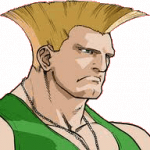 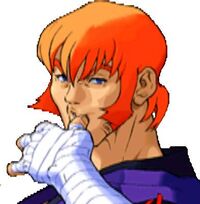 Hi, welcome to Street Fighter Wiki! Thanks for your edit to the Joe page.

...is not allowed and this is an official warning on the matter. You can link to it all you want on your user page, but articles about them is going too far. If you want to spread the word, try creating a topic about it in the forums here or posting it on your user blog. It's a much more honest way of doing it.--Evilsbane 19:25, August 29, 2010 (UTC)

Oh that. Rollback half the time will not show up in groups for some reason. It happens with DarkPrince too. Marexl My Talk738 Edits In this Wiki 05:58, September 15, 2010 (UTC)

Well, he IS a world champion player. And besides, that's not against EERY Bison user; just that particular one.--Evilsbane 09:09, September 18, 2010 (UTC)

cool. i used to play as so many characters back in the days but kinda lost the hang of them now. there was feng wei, raven, lee, yoshimitsu, jin/devil jin, king, eddy/christy, asuka, steve and perhaps a few others i cant think of right now, lol. i gota get back to using most of them. a lot of them have been changed a lot in tekken 6. yoshimitsu and devil jin in paticular. btw, have u herd of the most recently annonced tekken tag tournament 2? it looks awsome! DARK PRINCE 15:35, September 20, 2010 (UTC)

When you want to have a talk/discussion with the community about something such as the EX game one you posted, make it an a "Forum" mainspace. That is, "Forum: (topic here)". They're not necessarily like those huge forum-hosting site quality, but rather an alternative for a talk page. Avoid making talk pages for non-existent pages. --Havoc'48 20:57, September 23, 2010 (UTC)

He almost instantly edited it back himself, so I gave the benefit of the doubt and assumed a friend did it while he was away from his computer, and then he came back, saw what happened and fixed it. Benefit of the doubt - this time.--Evilsbane 20:17, October 7, 2010 (UTC)

That SFA page you madeEdit

cool. allen kinda reminds me of a young chuck norris. if he and fei long were to end up in the same game, then it wud be an awsome re-live of the classic bruce lee vs chuck norris fight. vulcano rosso is my favorite character in the ex series. DARK PRINCE 00:14, October 30, 2010 (UTC)

lol dats true. rosso does resemble iori in terms of looks. i didnt even realize it until u mentioned it XD DARK PRINCE 14:09, October 30, 2010 (UTC)

Max, got problem here.. There are some wiki staff lock the main page only for admin edits, can you change the unlock pages only for registered members? --User_talk:Ericard 12:28, February 16, 2011 (UTC)

Retrieved from "https://streetfighter.fandom.com/wiki/User_talk:Ericard?oldid=51160"
Community content is available under CC-BY-SA unless otherwise noted.