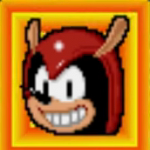 Hi, welcome to Street Fighter Wiki! Thanks for your edit to the Dhalsim page.

This wiki's policy is to name moves as they are called in their latest titles. That is numbered Street Fighter titles, not spin-offs or crossovers. Also, there are moves that borrow naming conventions from other moves. For example, Akuma's Messatsu-Gourasen and Gouken's Tatsumaki Gorasen. Even though they share the same name (the ending part, 螺旋/gourasen), they get named as they were localized in their latest canon appearance. So that's Street Fighter III: Third Strike Online Edition and Ultra Street Fighter IV, respectively. I once made the same mistake as you, naming every move in one localizing fashion. But that's wrong. We don't decide how the moves should be written. Capcom already decided that. There's no argument here of whether we prefer Revised Hepburn or Wāpuro romanization. A lot of your renaming of articles violate that rule. If you have any other questions, feel free to take a look at the Manual of Styles and Guidelines. General Awesomo (talk) 05:30, December 12, 2016 (UTC)

When I changed the moves' names, I wasn't aware of that rule. I thought using the same type of writing for every move would be more consistent, but if that goes against the wiki rules, then I have no problem with changing them to how they originally were.

Can I know specifically which names need to be changed? Because I'm not sure if every change I've made to the move names has to be reverted. Also, is there a list of move names that I can use as a guide for future articles? Or is a move list site like StrategyWiki enough? --EterTC (Talk to Me) 16:03, December 12, 2016 (UTC)

If the source is user generated, such as other wikis or a GameFAQs guide, don't trust them. If it's an official source, such as a canon Street Fighter game, then trust it. If the move only shows up in a spin-off or crossover, use the latest one. What is convenient is that you don't necessarily have to own the game to check the spelling of moves. A quick look at a YouTube video of a specific character's trials is enough. In that case, use the latest game that specific move appears in. For example, one of Garuda's moves could've been localized differently in SFEX3. Now, as far as the move names that need to be renamed. Off the top of my head, Shichisei Senkukyaku -> Shichisei Senkuu Kyaku. I'll personally revert it back since the latest game that move appears in, Marvel vs. Capcom: Origins, has been delisted, and not many users may have the game to confirm the spelling... except yours truly lol. For the rest, I'll let you research that to find out the spelling. General Awesomo (talk) 23:07, December 13, 2016 (UTC)

I understand. I asked for a guide because not every game has trials, and I don't think it'll be easy finding screenshots or videos of the in-game move lists.

Also, for the SFEX moves, can I use the EX Plus Alpha and EX2 Plus in-game move lists? I admit that I didn't spell Kairi's moves exactly as they are named in-game, but I can easily go back and check the spellings used in EXPA and EX2P if you're fine with that. I don't own EX3 and finding the move spellings would be difficult for the reasons listed above. Not to mention that, from what I've seen, EX3 doesn't seem too reliable as you can find stuff like "Syungokusatsu" and, if what I read was true, some of D. Dark's moves were renamed to remove the words "death" and "kill". Do these still count?

I'm not objecting to it or anything, but is there a reason I can't use spellings used in crossovers? Many moves, such as the Shinku Tatsumaki for example, haven't been used in an SF game since Alpha 3, but appear frequently in crossovers. In this case, should the Alpha 3 spelling be used over the UMvC3 one? Does the name have to be from the latest SF game it appears in, even if finding its official move list is a difficult task? I'm sure people wouldn't mind if the most accessible game was used as a source, but I'll try to do what I can. --EterTC (Talk to Me) 01:04, December 14, 2016 (UTC)

Retrieved from "https://streetfighter.fandom.com/wiki/User_talk:EterTC?oldid=144992"
Community content is available under CC-BY-SA unless otherwise noted.