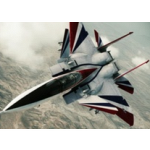 lol true, idk i guess i was running out of ideas on what to put hehe. i need some new suggestions XD

well i've got a ps3 so i dont really know much about these xbox memberships. whats the difference between the ones u mentioned? TheDarkPrinceReturns! My Talk2,266 Edits In this Wiki 12:34, July 15, 2011 (UTC)

Can you do something like that for characters and their respective moves, or at least teach me how to?

And on that note, I feel like Cyber-Akuma needs his own article, since his personailty (or what I recall of it, anyhow) seems much different from that of Shin Akuma (whose article his name redirects to). What do you think? Lord Grammaticus 07:26, December 31, 2011 (UTC)

That'd be a pretty big project considering how many characters we have. But I'll look into a way. Are you thinking of something along the lines of

^That's a crude mockup table I made. (Mostly recycled from previous tables I've made on other wikis, just tweaks to the basic coding and you can get away with a lot. You can copy that table and experiment with the info slots). Edit in HTML all the way/Go monobook and you'll catch on like I did.

I was thinking of modifying some tables we already have to be like the ones I made here and here, with that kind of background. The whole process is quite experimental on my part.

Regarding the cyber game-breaker, if you have enough info to make a full article on him and not a half-assed stub, go for it. I don't have the games he appears in so I can't help you much aside from knowing he's a meanie. --HavocReaper 07:53, December 31, 2011 (UTC)

Yes, that's real close to what I wanted. Thanks.

As for Cyber Akuma, I'll prep it in the userspace and see how much info I can add before I try actually making the article. Lord Grammaticus 07:56, December 31, 2011 (UTC)

There some more stupid pictures that have been uploaded. Can anyone recommend deletion or do you need admin privilages for that? thanks Stitchking1 12:32, April 14, 2012 (UTC)

Retrieved from "https://streetfighter.fandom.com/wiki/User_talk:HavocReaper48?oldid=56446"
Community content is available under CC-BY-SA unless otherwise noted.