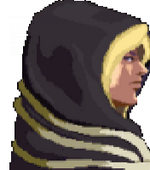 Please, stop re-editing M. Bison section. The information regarding the duel between Akuma and Bison is correct and it takes place during Bison's storyline in SFA3 (feel free to check it out). It is NOT a speculation. Canon may be in question though this storyline would explain a few things concerning relationship between these two characters (for more info see Bison and/or Akuma section). Information in this wiki are based on facts, so, once again, please, don't edit them just for the love of fans of certain character. Thank you.

Call it as you want - it's speculation. It has nothing to do with being a fan or X character: it is not included or mentioned in the game itself, nor in any document describing the canon story and facts (ie. All About Street Fighter, All About Capcom, Street Fighter Eternal...). You say it's correct? Provide sources then. -

Dude, why did you change my thing on M.Bison? Psycho Power is not a fighting style. It's what he uses. His fighting style is called SHADALOOISM. Okay?

No, his fighting style is not called like that, that's something you made up, not present in any official document nor game. Shadaloo-ISM (or S-ISM) is Final Bison's style gameplay-wise in SFA3, as well as a secret ISM in the Anthology versions of the game, nothing more, and it's not even called like that on the storyline itself. OK? -

Retrieved from "https://streetfighter.fandom.com/wiki/User_talk:Holothurion?oldid=80148"
Community content is available under CC-BY-SA unless otherwise noted.