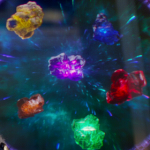 hey, u want awards and medals right? i know they are awesome but, u don't need to do the impossible to get them, like deleting all categories and photos and re-adding them, stop doing that or you'll be blocked, ok? i'm not offensive against you but this is the truth, also this is for you not for me, also this is for the wikia, any other movement like this and u'll be blocked

The article has been moved to your userspace until such time as it is presentable. Lord Grammaticus 05:42, January 14, 2012 (UTC)

Try not to add articles to categories they are already in. Check the article's categories to make sure the category you're adding isn't already there. Lord Grammaticus 21:39, January 18, 2012 (UTC)

Retrieved from "https://streetfighter.fandom.com/wiki/User_talk:JarodMighty?oldid=105339"
Community content is available under CC-BY-SA unless otherwise noted.