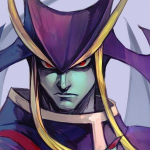 Hi, welcome to Street Fighter Wiki! Thanks for your edit to the Ultimate Marvel vs. Capcom 3 page.

Thanks for the help there, but I noticed you wikilinked the images for non-SF characters; there's nothing necessarily wrong with uploading the images themselves to the wiki here, given they're for use on an article. :P --

Thanks for the help with the fanart stuff, as most of those were unused files anyway. Just a tiny reminder, though: at least one of the images you tagged were being used on someone's page. I only have an issue with unofficial images when they're used in articles and such; user pages and blogs are fine. --

I'm glad you take a 'tough' approach of sorts when it comes to undoing vandalism, but you have to keep an eye out for the distinctions that separate 'bad'/junk edits (for lack of a better terms) from actual "malicious" vandal edits. Things like this are anything BUT vandalism, and I'd suggest being mindful not to assume the worst unless there's solid indications of such. --

Re: Images you tagged for deletion Edit

In the event you're tagging a duplicate file, check the quality of the file itself; in some cases, you'll want to upload the file as a new version of the original before tagging it for deletion. --

Hi RH, thanks for your edit to the Bratken article, I just like to explain why I removed the trivia bit about Bratken and Hugo. HelperW is an really odd and unreasonable person, as he keep adding this seemingly irrelevant trivia bit in the Bratken article that (and I quote) "Bratken appears To Be Bigger than Hugo." (he has done this before as anon73). Mythril Wyrm tried to reason with HelperW as the former moved the trivia bit to an section where it made more sense but for some reason, HelperW, without any explaination, refuse to let his edit be removed from the Trivia section. He even went as far as insult Wyrm. So it was kinda decided that either HelperW's information will appear in that section where it made sense, or it won't appear at all. I already reported all this to Lord Grammaticus and General Awesomo but its been awhile since their last activity in this wiki so nothing happened so far.--176.10.232.92 03:38, November 17, 2015 (UTC)

Retrieved from "https://streetfighter.fandom.com/wiki/User_talk:Rare_Hunter?oldid=116505"
Community content is available under CC-BY-SA unless otherwise noted.