Executed by performing two quarter-circle forward? motions and pressing all 3 punch buttons, Dhalsim spits out a slow-moving giant ball of flame that hits 5 times on contact.

Though the fireball moves too slowly to be a serious threat on its own, Dhalsim recovers quickly after performing the move, allowing him to attack his opponent as they try to avoid it. An interesting tactic is to use the Yoga Catastrophe, then Yoga Teleport behind the opponent and force them into it, e.g. with Yoga Inferno.

A screenshot of a collision between the Yoga Catastrophe and Metsu Hadoken. 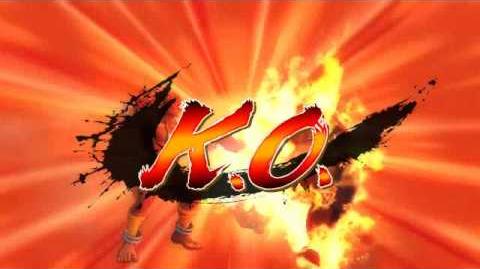